Disclosure: This shop has been compensated by Collective Bias, Inc. and its advertiser. All opinions are mine alone. Post includes affiliate links. Read my full disclosure policy here. #collectivebias

It’s an undisputed fact: kids love playing with their food. So, I planned a fun pre-Halloween porch party for Jackson and some neighborhood pals. On the menu: mix-your-own Fanta potions, funny face cupcakes, Oreos and other Halloween snacks. 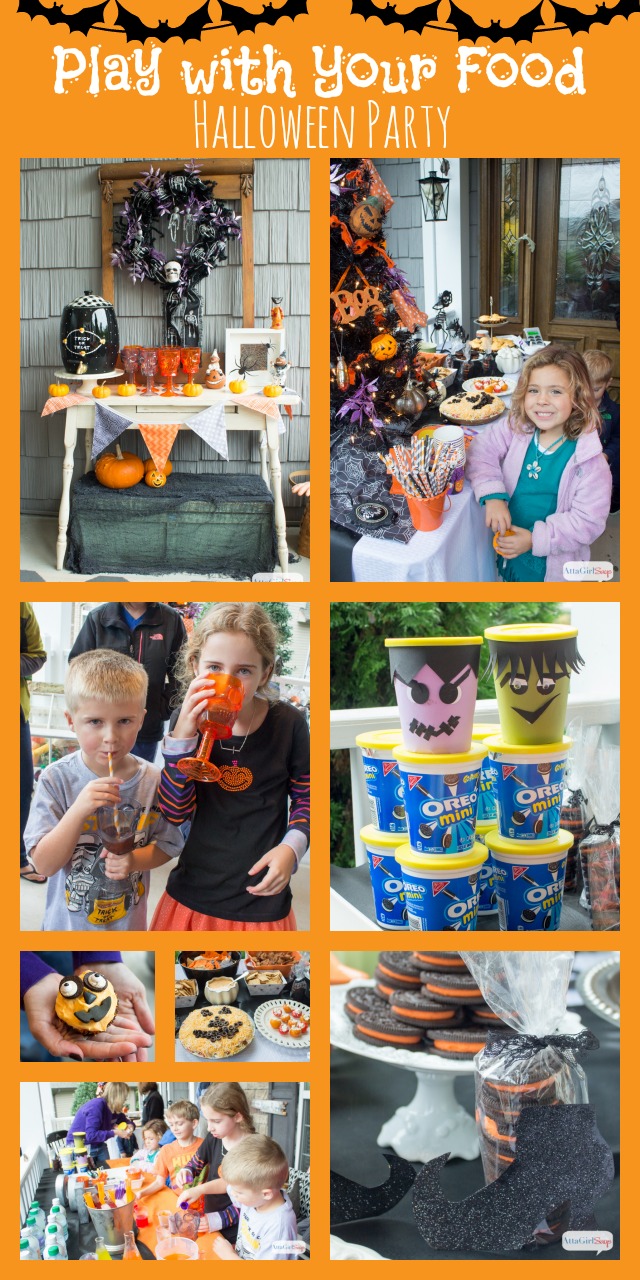 My neighbor snapped this photo of me at the snack table before the festivities started because she says I never get in any of the party shots since I’m always behind the camera. 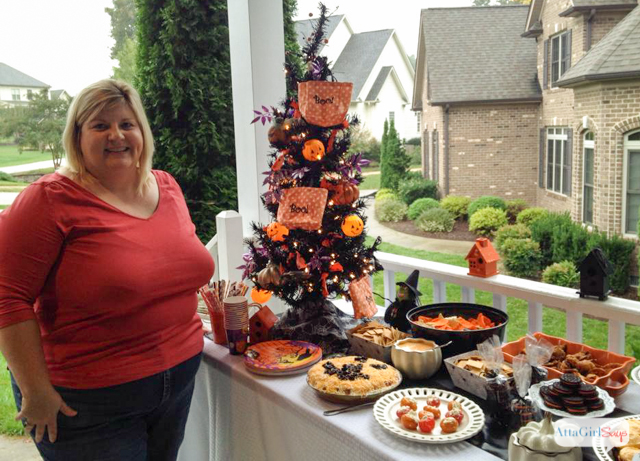 We decided to have our party on the front porch, since it was all decorated for Halloween. 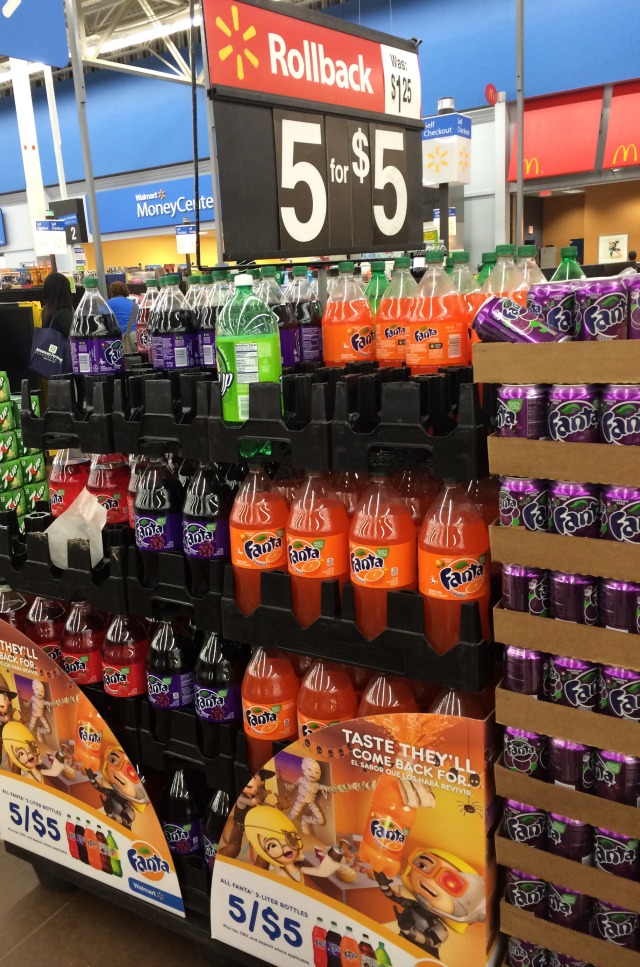 But first we headed to Walmart for all the supplies and ingredients for our party.

If you’re looking for Halloween snacks and party ideas, you’ll want to stop by Walmart on Oct. 25. Demos featuring Fanta, Oreos and Wheat Thins are planned at select stores around the country. Find out if your local store is participating by clicking HERE. 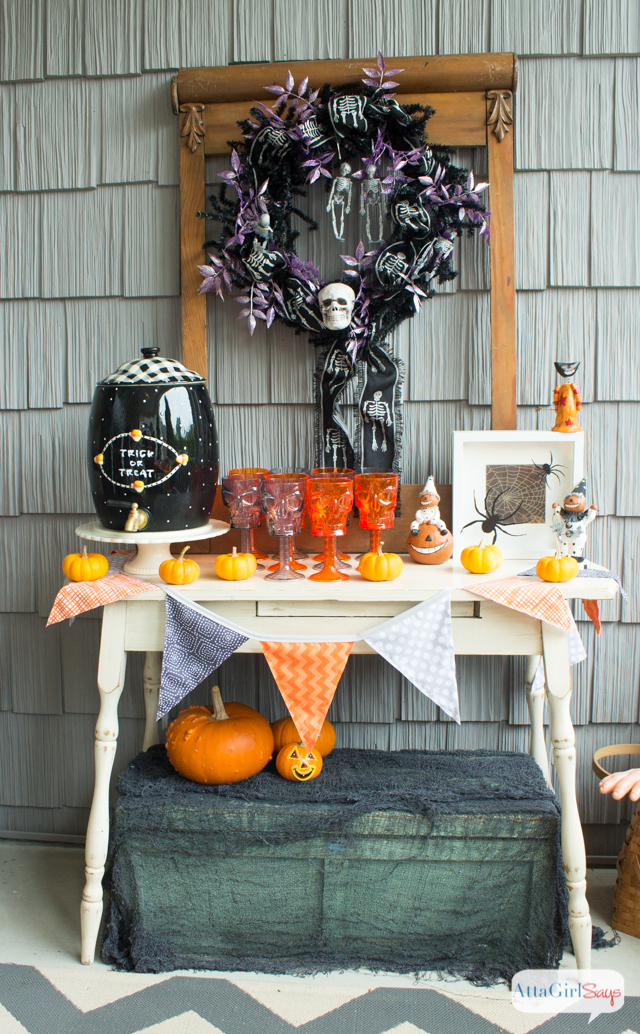 For our party, we set up a drinks station at the far end of the porch beneath my spooky Halloween wreath. 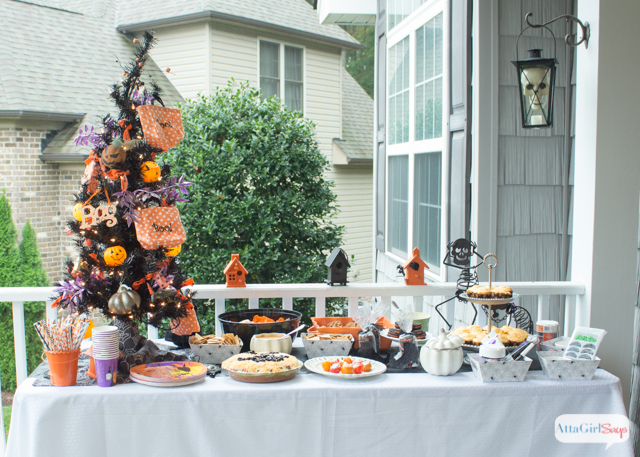 At the other end, we set up another table for the food, the #SpookySnacks, that is! 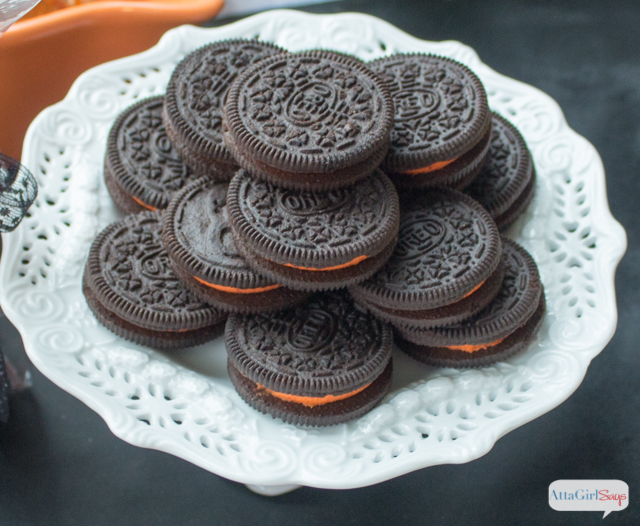 Halloween Oreos for nibbling at the party… 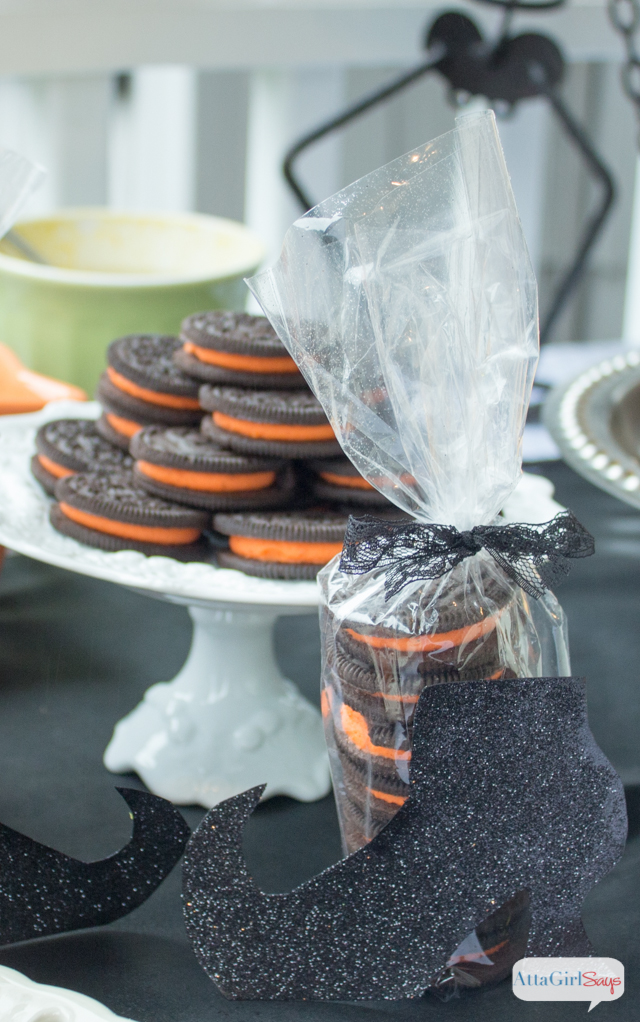 and witch’s boot party favors for guests to take home with them. 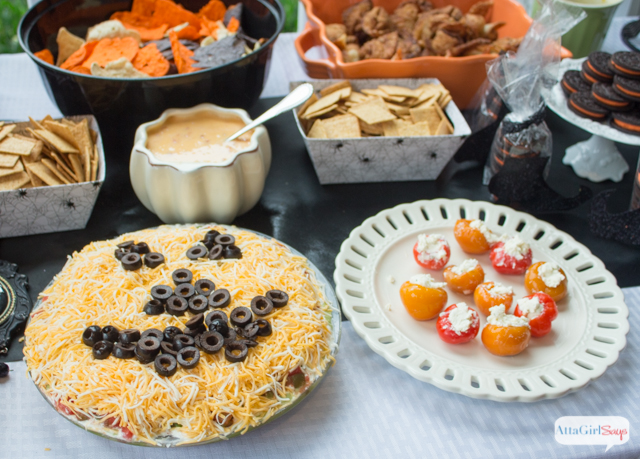 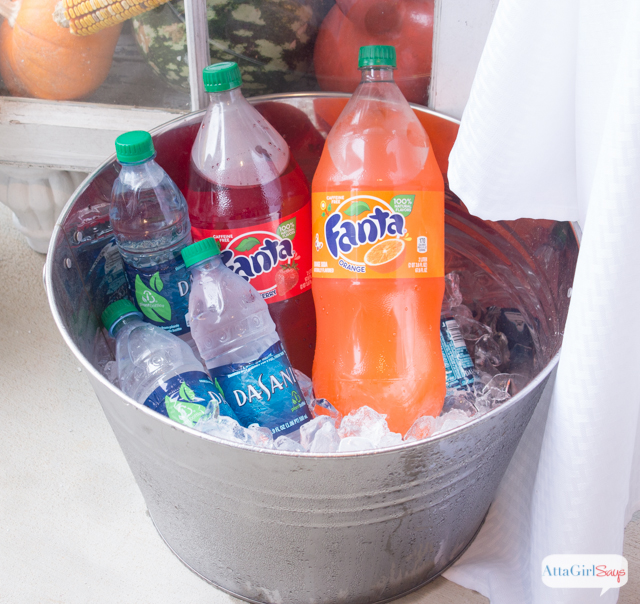 An assortment of Fanta sodas and Dasani water.

These Funny Face cupcakes, made with Fanta orange soda, were so fun to decorate. I set out an assortment of icing, candy eyeballs, sprinkles, candy mustaches, miniature Oreos and some candy pumpkin faces so the kids (and adults) could decorate their own. (Be sure to check out the simple two-ingredient recipe at the end of my post.) 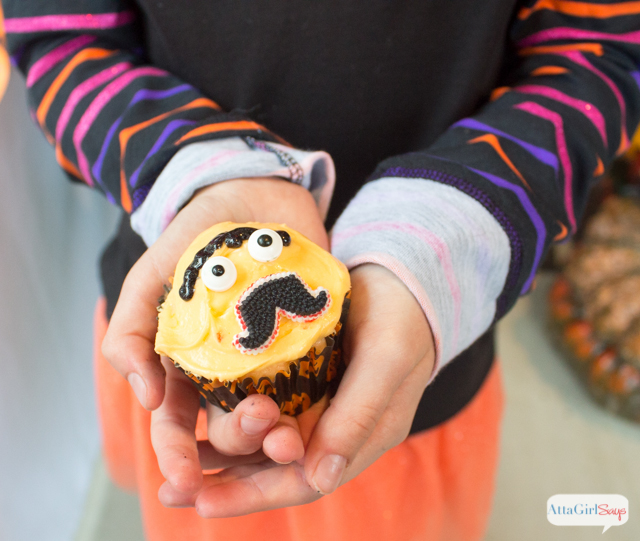 This guy has a unibrow! 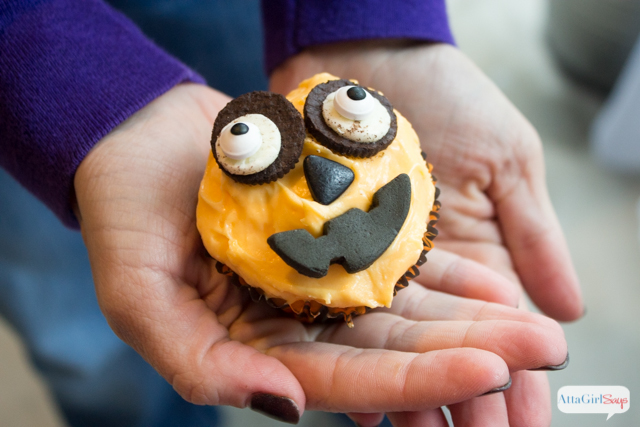 I made this goofy big-eyed cupcake, but I think someone else may have eaten it! 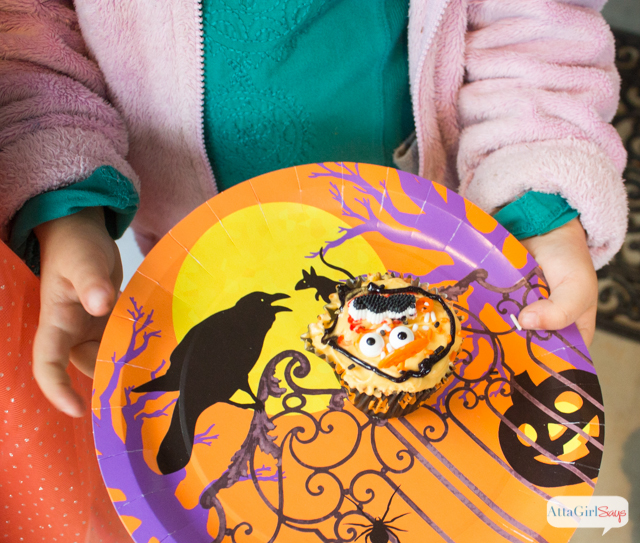 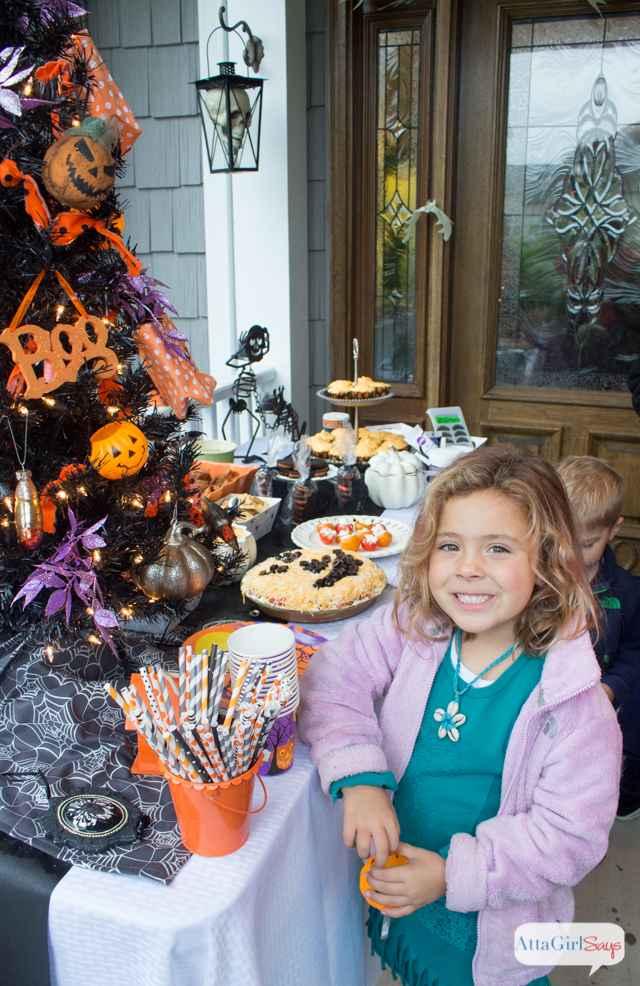 Little miss was definitely proud of her creation. 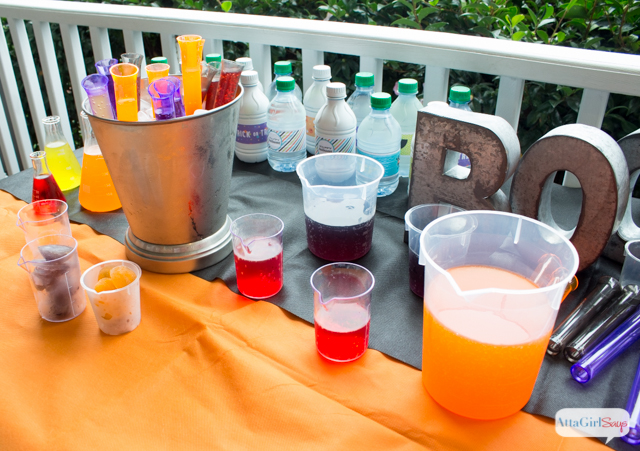 I set out plastic beakers and flasks filled with different flavors of Fanta — orange, grape, strawberry, cherry and pineapple — and also put some in test tubes over ice. The potion bar also included some glow-in-the-dark-mini bottles of Dasani water. (I’ll tell you how I made those cool party favors, which would be perfect for trick-or-treating, later this week.) 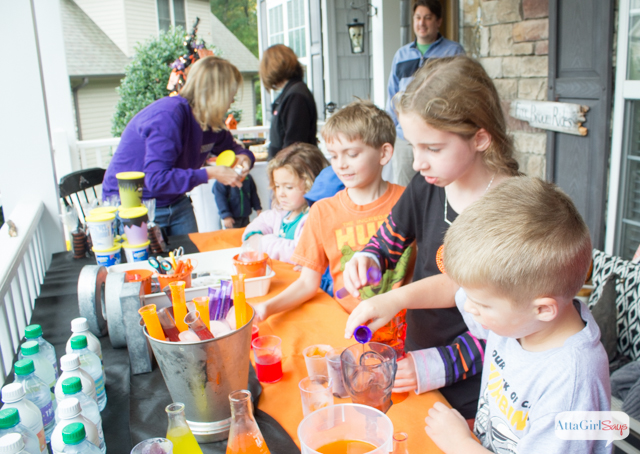 The kids experimented by mixing different flavors in skull goblets. 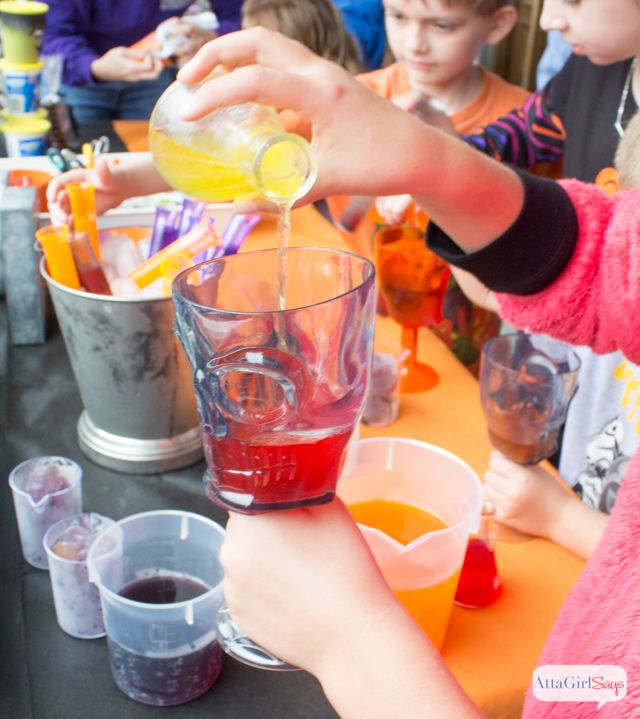 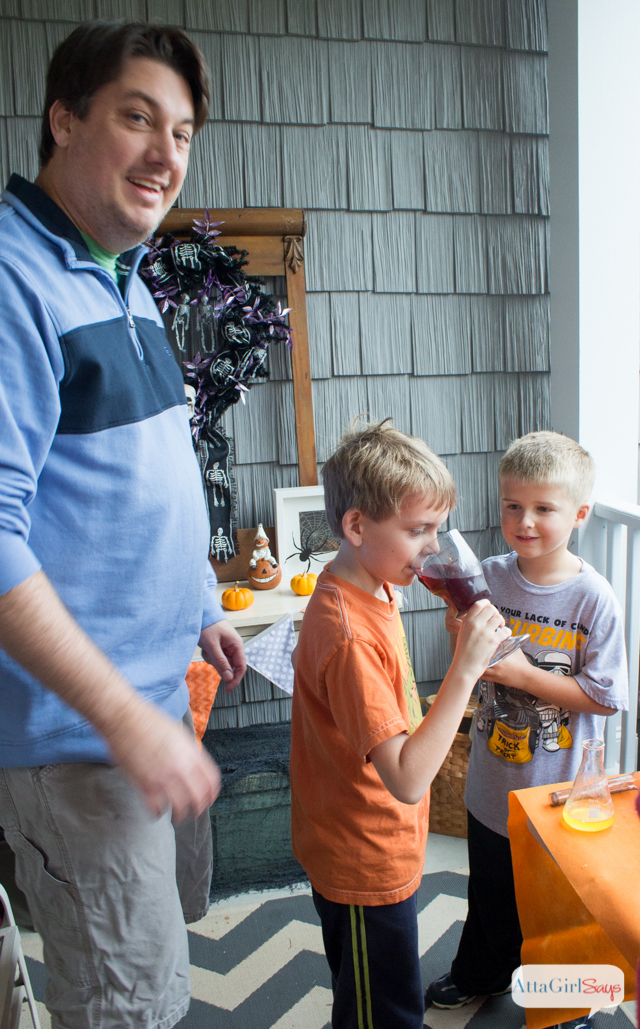 Jackson’s new favorite flavor is “Fiery Orange,” a mix of Fanta Orange and Grape with a sour candy dropped in. 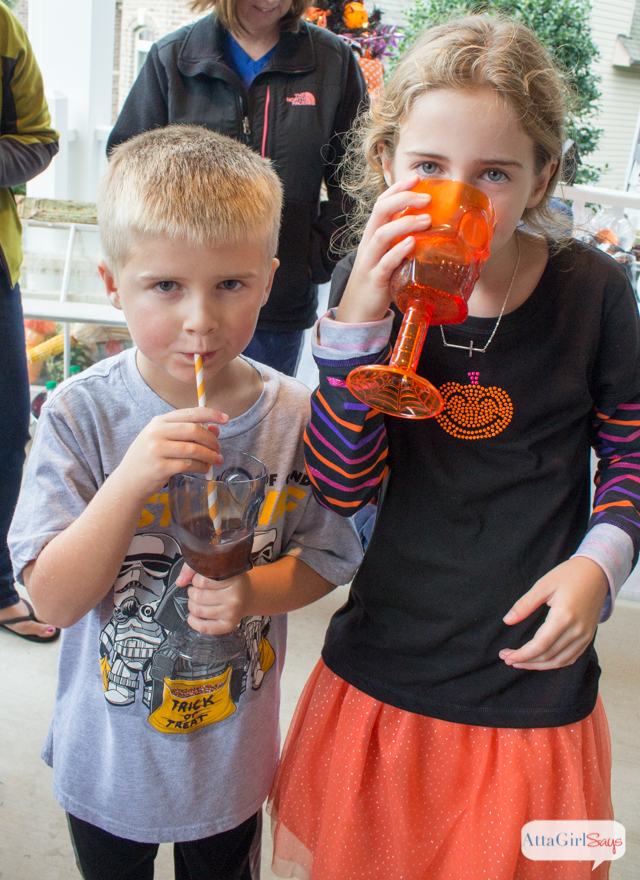 The potions may not have always looked pretty, but they earned a thumbs-up from the little mad scientists! 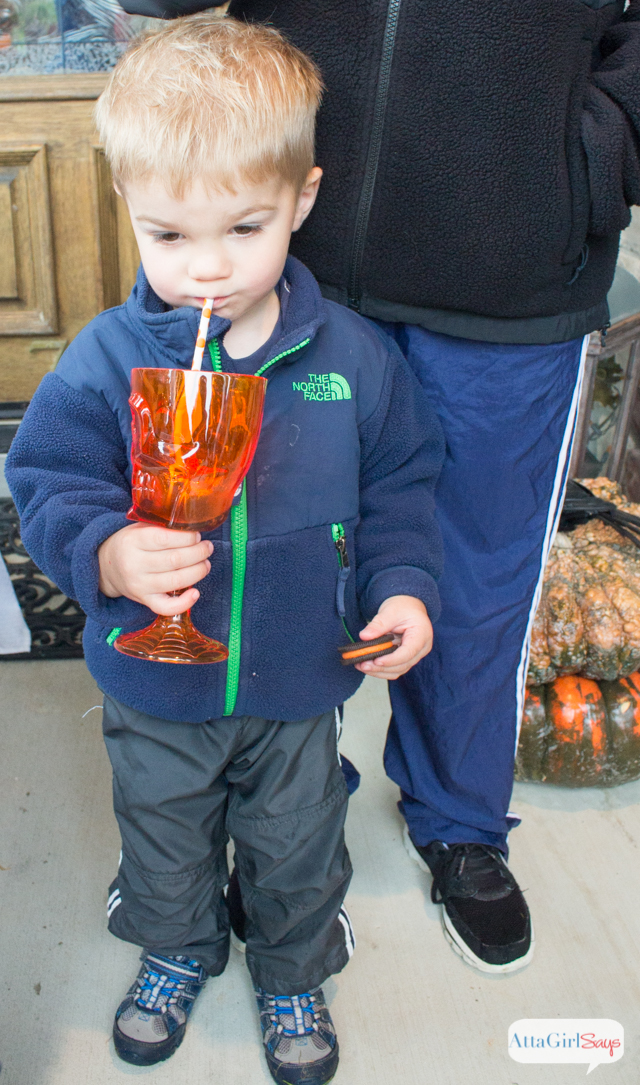 And no one turned into Mr. Hyde after drinking them.

Since it was a rainy day, we set up a fun craft activity for the kids to make using Oreo Minis Go Paks. 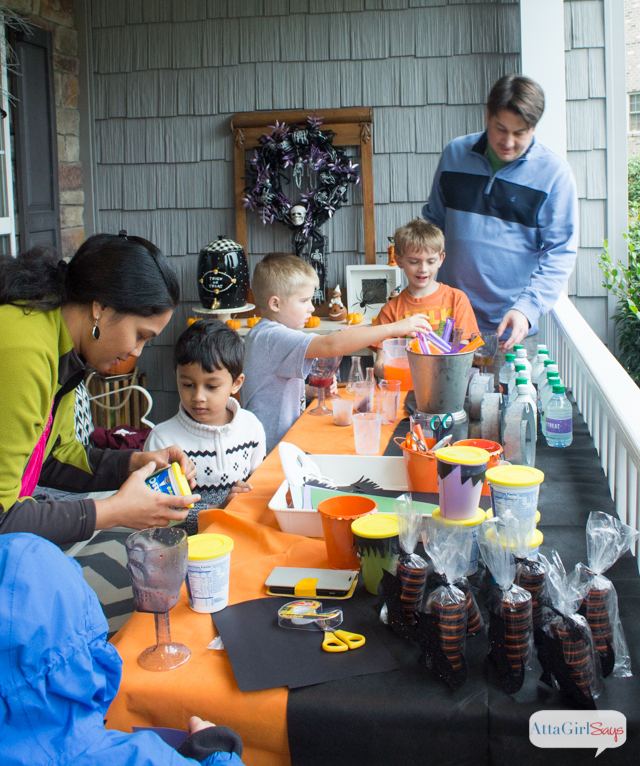 They used scrapbook paper and googly eyes to decorate their Oreo Minis Monsters. 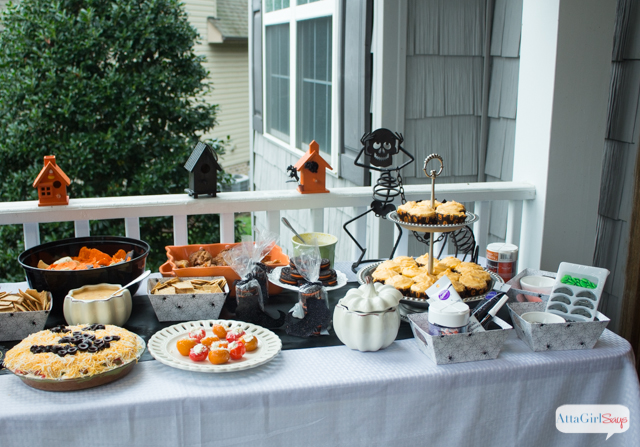 This party was definitely a blast, and I think we’ll make it a tradition every year come Halloween!

And I did promise you a recipe for those yummy, funny, silly, spooky cupcakes. 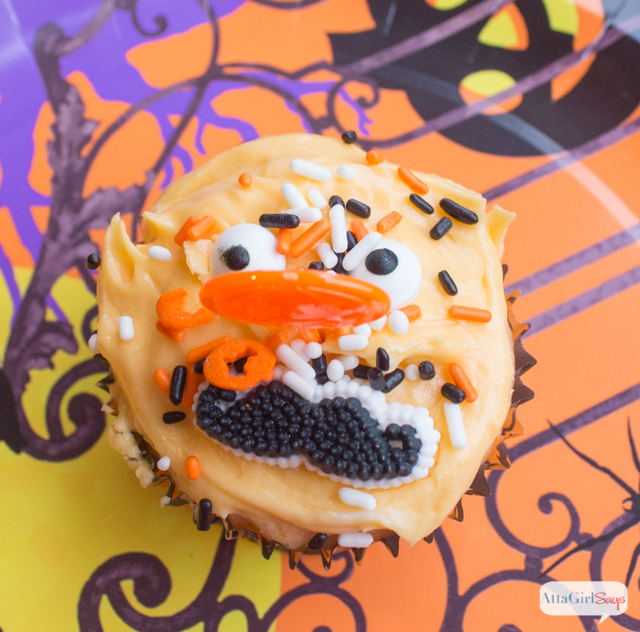 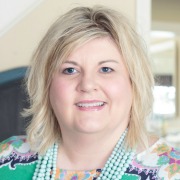 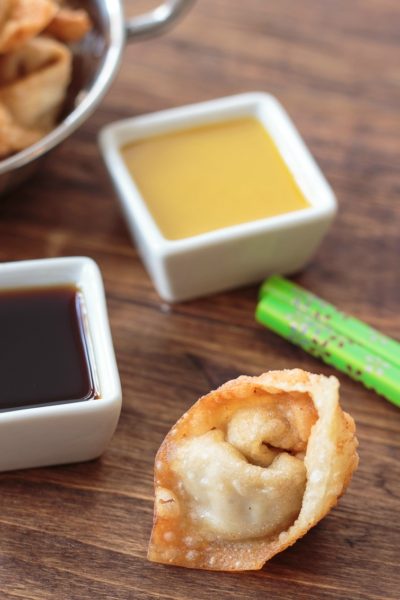 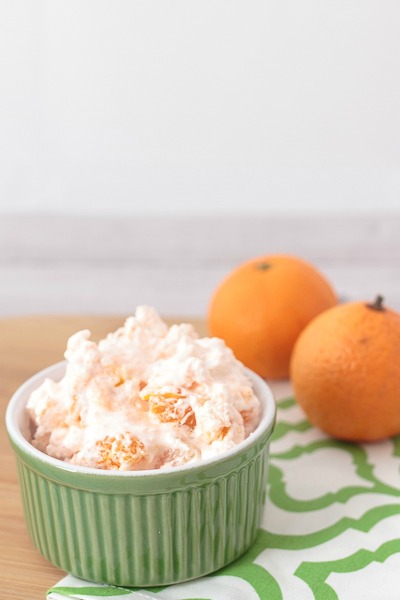 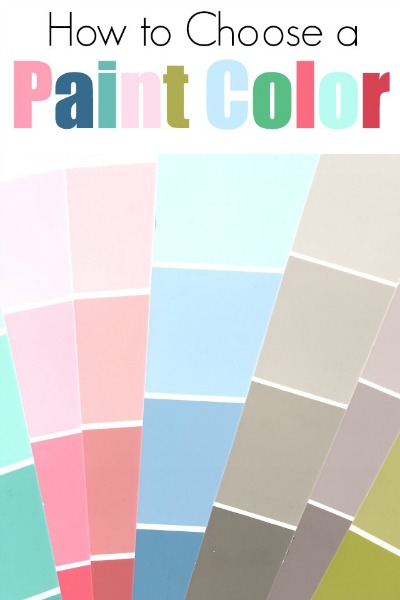 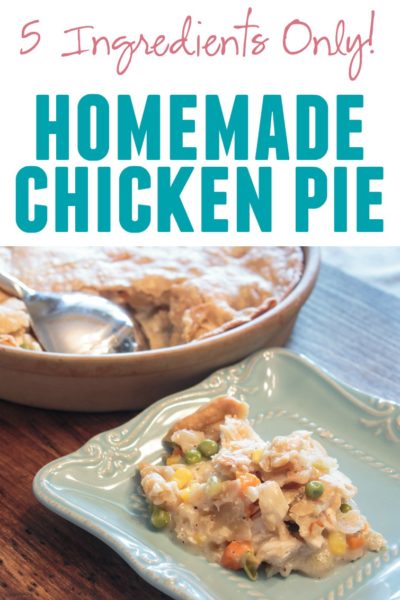 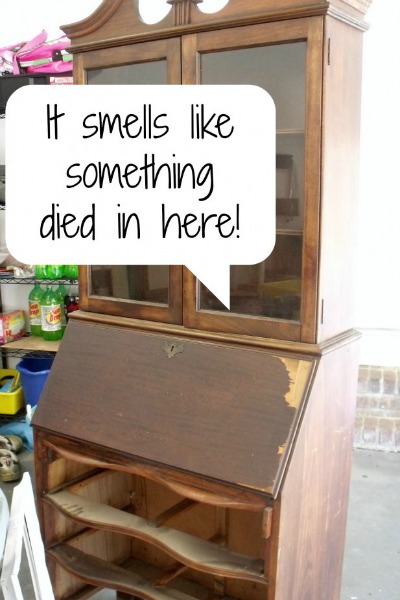